Revit: Why can’t I Dimension in a Section?


If any objects are not EXACTLY perpendicular to the view direction of a section Revit can’t place horizontal dimensions to those objects.
This includes grids. Which affects elevations as well. If a grid isn't perpendicular to an elevation you can't dimension to that grid.

All that actually makes perfect sense. If an object is not perpendicular to a view the distance measured will depend on where the section is cut. Move the section and the dimension would change.

I suspect this behaviour is not a bug but was designed in to Revit. It ensures consistency between what is modelled and what is documented.
But Revit, being software and not human, is very precise about this. ANY angle off perfect perpendicularity will cause this behaviour. To a computer 90.000002355205 degrees is not the same as 90.000000000000.

Here is an example where different walls are not parallel: 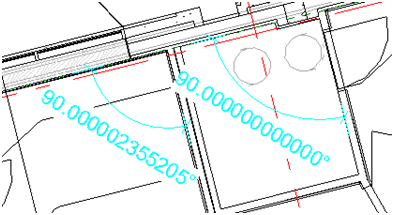 Here is an example where walls are not perpendicular to grids: 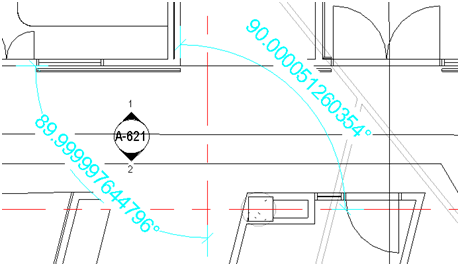 Here is an example where the grids are not perpendicular to each other: 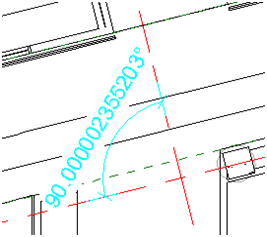 WHY IS THIS A PROBLEM?

You can't place dimensions in certain views. Period. And you can't fake dimensions in Revit.
Worse, Revit may crash when some-one tries to place a dimension in these views. I've seen it happen in Revit 2011, although admittedly not yet in Revit 2012 or 2013.

ARE THESE PROBLEMS ARE FIXABLE?

Yes and No. Yes they are, but is it practical - sometimes no.
It was not practical on the project these images came from because it was 3 weeks away from documentation being complete. Not only was there little time, there was a real danger of loosing a whole lot of work already done. For example deleting objects and redrawing them (like the grids) causes Revit to automatically delete all dimensions to those objects. Good-bye concrete set-out drawings!

If you don't fix the underlying problem, the work around is to draw Symbolic lines over the top of what you want to dimension in the affected views, and then dimension between them. Not ideal for accuracy, and a lot of work if there are a lot of dimensions.

So how do you stop this happening in the first place?

DON’T trace CAD files: CAD lines are often at random angles, particularly if they are based on imports from Rhino.
DON’T use lines from Rhino: Rhino changes geometry when converting to meshes or lines for importing.
in fact DON’T trace ANYTHING: Sure its quicker – for you – for now. But some-one will pay later on. Set things out properly.
DON’T follow title boundaries: Title boundaries are sometimes slightly off being orthogonal. Fit your building inside the title boundary, don’t follow it.
Set grids out rationally FROM THE START: Someone has to actually build what you are drawing. Think about how you will explain the setout to them.

Why do this? Just make it 76 degrees. 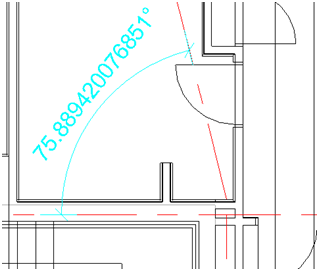 DON’T treat Revit objects as if they are merely lines: Revit walls, floors etc. are 3D objects that appear in lots of views, not just the one you are working in. What you have just done to get your plan looking right may have completely stuffed a whole lot of sections and elevations.

DON'T ask for CAD files to be traced: Ask them to be used as a guide, be explicit they are NOT to be traced.
DON'T insist Title boundaries be exactly followed: Instead make the decision yourself how the building will fit within the boundary. Don't leave it up to your drafting staff.
Make sure Grids are RATIONAL: This can be a challenge when dealing with existing buildings, but remember grids are a documentation tool used to rationalise dimensions. Grids are there to locate things, they don't HAVE to pass through column centres.
Ask for PROOF: Ask you team to give you print-outs (or show you on the screen) with dimensions to 12 decimal places to PROVE things are modelled accurately. And do it early and progressively. The longer you leave it the more objects affected and the more work required to fix it.